A campus as polished and pristine as Manhattan College can certainly attract the eye. From the beautiful blend of old and new infrastructure of the O’Malley library, to the iconic chapel that rises high above Riverdale, there are a number of gorgeous sights to see and photograph. Two students have started an Instagram account that displays campus in an unusual way.

Senior Kevin Donald and sophomore Aedan Roney are using the account “@walls.mc” to play a game and entertain others in the process. The account has gained over thirty followers with just nine posts. The posts include nothing other than closeup photos of several of the walls in the buildings on campus.

“I created the account to poke fun at and share Kevin’s wall guessing skills with friends,” said Roney. “The account started when I sent Kevin a random wall picture and he replied with the location.”

Donald is honest about the interesting way he developed these “wall guessing skills.”

“I have problems with eye contact—gotta look somewhere!” said Donald.

The account’s posts consist of two pictures. The first is a close up of the wall on campus. BELOW: The second picture is a screenshot of Kevin’s guess. In this post from Aug. 24 shows the wallpaper from Smith Auditorium. @WALLS.MC / COURTESY

Originally, Roney took all of the wall photos and sent them to Donald to quiz his expertise. Now, thanks to the Instagram account, he posts the walls with a slide-over feature to Donald’s answers, allowing the followers to guess along with him.

“I usually take the photos, but sometimes our friends will send them in,” said Roney.

The account accepts direct messages from other students with potential walls for Donald to guess.

When asked if there were any walls that stumped Donald, both he and Roney answered, “Women’s bathrooms.” They think it is important to note that these particular photos were not taken by Roney himself, and rather submitted by friends.

“Since I know Kevin and Aedan, it’s really funny watching them goof off,” said Bueti.

Despite some other recent Manhattan College-related Instagram shenanigans with accounts such as mc_squirrels, manhattancollegememes and ratemylockes, Bueti enjoys the uniqueness of this particular account.

“It’s something that surprisingly hasn’t been done on campus before and it’s interactive with its followers. We can all guess with Kevin on every post,” said the sophomore.

Junior Erin McWilliams knows the two from their involvement in Scatterbomb, the improv group of which she is also a part.

“I know Kevin and Aedan from Scatterbomb! Kevin has posted abstract wall photos before so when I found the account I thought it was just his regular Instagram,” said McWilliams.

Since following the account, McWilliams has admitted to paying more attention to the walls on campus every day.

“Yeah, I have. I’m looking for one that stumps them!” said McWilliams.

The walls of campus are finally getting the social media attention that Riverdale’s squirrels and Locke’s Loft food have been getting in the past few months.

Follow the account to guess along with Donald or send in a wall for him to identify.

Now you can try! Can you guess all four walls from around campus? 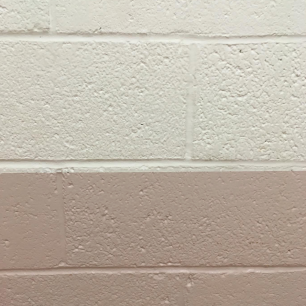 About The Quadrangle (1453 Articles)